I was wrong, and my Ethiopian-Israeli friends were right 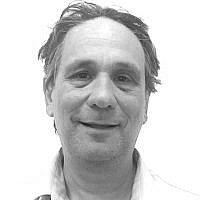 The vicious kind of racism I thought didn’t exist in Israel is endemic, especially among police. A ray of hope can be found in Ashkelon.

Mea Culpa. I plead guilty. It took the Kiryat Malachi police department to thrash me into confessing.

Over the past six months, since Solomon Teka, a 19 year old Ethiopian Israeli, was shot to death by an off duty policeman, I’ve questioned whether the reaction to his killing on the part of the Ethiopian Israeli community was not too intense and too despairing. Of course I supported the call for an independent investigation of the police—how can an agency possibly investigate itself? I went to demonstrations. On social media, I supported the calls of Ethiopian-Israeli activists calling for justice in Teka’s case and the case of Yehuda Biagda, another young Ethiopian Israeli shot to death by police six months before. I understood, at least to some extent, the hurt and fears of Ethiopian-Israeli parents worried about the safety of their teenage sons.

But I also questioned, quietly, their insistent focus on racism as the root of the evil they saw. Everyone and every society is racist, I argued. Shouting racism isn’t going to change that. It will only make people retreat into a defensive shell. And what about the positive? The picture is not just black and white, I said to myself. Can’t we also take into account all the accomplishments, considerable ones, that the Ethiopian-Israeli community has made over the last few decades: Knesset members and doctors, judges and artists, TV stars, academics and successful business people. In general, I’m not a fan of identity politics as a key to understanding what’s wrong with our world—it leads, I believe, to a fragmented society, more full of hate. Let’s find the structural underpinnings of racism and address those, I argued, mostly to myself, whether they are economic, political, religious, or social. Racism is a symptom, not the deeper cause.

But mainly, I found it hard to absorb what my Ethiopian-Israeli friends were telling me, because I believed that racism in Israel was not the ugly and violent hatred of blacks, rooted in slavery, that has a long history in the United States. Here it was more benighted prejudices against their “primitive” culture—which I knew through long experience with the “Beta Israel”, was not primitive at all. Or it was about limited expectations—the often institutional assumptions that Ethiopian-Israelis were not as capable as others.

To be sure, these kinds of prejudice are life-crippling and deserve to be fought with great passion. I myself, in the 1990s, had a role in battling the Ministry of Education’s policies of sending nearly all Ethiopian-Israeli teenagers to “vocational” boarding schools where their chance of studying for matriculation were nil. Still, that was not the same as the kind of hatred that resulted in police violence and even killings. Ethiopian-Israelis overall, I told myself, were accepted as part of the remarkable ethnic tapestry of Israel created by the ingathering. To a large extent, I believed, they were loved and appreciated.

But I was wrong and my Ethiopian Israeli friends were right. Racism against Ethiopians—not the soft, condescending, low expectations kind, but the vicious kind, is alive and kicking in Israel, certainly in significant parts of its police force, in a way I had hoped and assumed it was not. A recent expose on the Kan television station made this abundantly clear. Kan obtained copies of an internal WhatsApp group of the Kiryat Malachi police, including its higher-ups, reacting to the arrest of a young Ethiopian Israeli who was roughed up and injured during the course of his arrest. The officer in charge of the investigation gloats over his injuries, with happy-face emojis, offering other officers copies of a photo of the injured young man as “souvenirs” to hang up in their office. “Looks amazing!” one of the officers says. “Yes, colorful, ha?” the investigating officer answers, adorning her comment with more smiling, winking, evil looking emojis. Even more chilling, she comments, approvingly, “A scar for the rest of his life, courtesy of the police!” An officer who was apparently present at the arrest answers: “Yes, he ate a lot of asphalt and pepper spray!”

In another exchange, after an Ethiopian Israeli was arrested for throwing stones at the Kiryat Malachi police station after the killing of Solomon Teka but released by a judge, along with others arrested, because they had solid alibis, the investigative officer writes: “He’s garbage, garbage.” And “not to worry, we’ll arrest them again soon.” And, speaking about one young man in particular, “If anyone arrests him on something serious, they get a prize.”

Most of the many police officers on the WhatsApp group absorb these exchanges without protest. But for one of them, its too much: “Lets try not to curse citizens,” he writes. “This kind of thing, curses and cusses aimed at citizens, could wind up contaminating the investigation process, when we say what we think about the suspect even before he’s been questioned.” Makes sense—but this particular policeman is quickly shut down, first of all by the investigating officer herself, who writes: “More than once you’ve been told that this isn’t the forum for you to preach and moralize and criticize everyone.” And then by an even higher up, the head of the police department of investigations: “Enough! Use your time for something else. And I don’t expect a response.”

In another shockingly hardhearted WhatsApp exchange, one of the police officers writes that parents of an Ethiopian Israeli teenager have reported him as missing. “Missing” he writes. “Let him stay missing for a while.” It is but cold comfort that the cruelty of some police officers is not only directed against Ethiopians. In another WhatsApp, the police investigator reacts to news of a teenage girl who the welfare department has removed from her home and placed in a boarding school, from which she has just gone missing. “That girl is totally unnecessary in this world,” is her despicable response. The Kan report interviews a former police officer at the Kiryat Malachi station. “There is prejudice against Ethiopians in the police department. And it’s not necessarily coming from the officers on the ground, but is very specifically coming from their commanding officers.”

The investigating officer responsible for many, but by no means all, of the racist messages has been fired, although not herself arrested. That’s the very partial good news.

The bad news is that, the way the culture of institutions work, if the police department in Kiryat Malachi is permeated with racism, other police departments almost assuredly are as well. And the result is devastating for an entire generation of young Ethiopian-Israelis and for Israeli society as a whole. One can be certain, too, that the heartless and hateful attitudes of some in the police affect their work with other populations as well—perhaps with whomever they perceive as lower in social hierarchy, and thus a safe target for their hostility and aggression.

But the Association of Ethiopian Jews, among others, has discovered something significant: Not all police departments are alike. In Ashkelon, for example, a city with a large population of Ethiopian-Israelis of basically the same socio-economic profile as Kiryat Malachi, both the feelings and the facts on the ground are very different. Nationally, a much higher percentage of Ethiopian-Israelis are arrested for such crimes as attacking an officer, the kind of incident that led to the deaths of Solomon Teka and Yehuda Biadga. In Ashkelon, Ethiopian Israelis have a much lower rate of arrest, equivalent to the rest of the population. These positive differences also start at the top—with the chief of police. Among his initiatives: involving the Ethiopian-Israelis of Ashkelon in a community policing program, and instructing his officers that he wants to be personally informed and involved in every police case involving a young Ethiopian Israeli. It is perhaps significant that the chief of police in Ashkelon came from a special unit, and was not exposed to the kind of atmosphere that apparently prevails in some of the other police departments.

The Association is now trying to promote the Ashkelon model to other police departments around the country, and they need help in this from whoever cares about the future of Israeli society. The Israeli government should jump at the opportunity to support these and other efforts to heal the blight of racism that has infected at least some of our police. And the next prime minister should take an example from Ashkelon’s chief of police, and take personal responsibility for wiping out the ugliness of racism from our precious land.